5 Ways To Know If You Have A Cataract 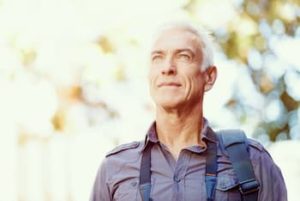 Chances are, you know someone with cataracts. The age-related eye condition is the most common cause of vision loss in the world. Here in the United States, nearly half of the population will develop cataracts by age 75. Plus, the number of Americans with cataracts is expected to double by the year 2050.

Cataracts are a serious eye disorder — but how do you know if you have cataracts? When they first develop, most cataracts don’t interfere with eyesight. Vision loss from cataracts happens slowly and painlessly over time, with few noticeable symptoms during the early stages of development. As cataracts progress, however, most patients experience changes to their vision.

Cataracts can be easily treated through cataract surgery, but cataracts that are left untreated can lead to blindness. If you’ve experienced any of the following five signs of cataracts, call your eye doctor to schedule a full eye exam. Even if you don’t have cataracts, these symptoms could be a sign of another serious eye condition.

You Have Blurry, Cloudy Vision

Cataracts occur when the lens of the eye becomes cloudy with age. Since the lens is responsible for focusing light on the retina (the part of your eye that sends images to your brain), the lens must be totally transparent in order to have crisp, clear eyesight.

When the lens grows cloudy from a cataract, vision becomes blurred or hazy. Blurry vision due to cataracts is similar to looking through a fogged-up window or cloudy eyeglasses. This can affect your ability to read, watch TV or recognize faces.

You Have Double Vision

Double vision, medically known as diplopia, happens to most people throughout life. When experienced in the short-term, double vision typically isn’t a cause for concern — it’s usually associated with drinking too much alcohol or being overtired. Double vision that lasts for days at a time, however, can be a sign of something more serious. Cataract surgery will usually eliminate double vision, or “ghost images” caused by cataracts.

In cataract patients, the lens of the eye hardens and turns yellow or brown. As a result, vision can have a yellow or brown tint that affects your ability to distinguish between the colors you see. Colors may also appear less vibrant than usual. While cataracts do affect how your eyes perceive colors, cataracts are not a form of color blindness — that is a common misconception.

Increased sensitivity to light is another symptom of cataracts. Since the light that enters the cornea is blocked by the cataract, the incoming light is scattered instead of going straight to the retina. This results in glare, or “halos” around bright lights.

You Have Poor Night Vision Or Difficulty Driving

Cataracts can cause damage to the parts of the eye that detect contrast. Visual sensitivity to contrast is required in order to distinguish between dark and light objects. Contrast sensitivity is especially important in situations with low light, like night driving, since your eyes need to distinguish between an object and its background in order to see properly. Poor contrast sensitivity from cataracts can be dangerous, as you may have difficulty seeing pedestrians or animals on dimly lit streets, which can drastically increase your risk of causing a car accident.

The good news is, cataract surgery almost always improves or eliminates all of these symptoms. Removing the cataract and replacing it with an intraocular lens (IOL) can give you your eyesight back. In many cases, cataract surgery results in better vision than what the patient had before they developed cataracts.

Cataract surgery is an excellent option for cataract patients who want to restore their vision and regain independence. Want to learn more? Contact New England Eye Center to explore cataract surgery in Boston.