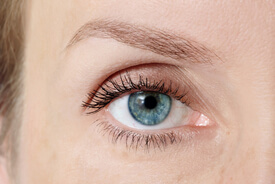 Myth One: LASIK is Not Actually Surgery

While LASIK is not that invasive and you will not be under general anesthesia during the treatment, it certainly is a surgery. The procedure will involve alterations to the cornea of your eye, and numbing eyedrops will be used will be used to reduce any potential discomfort.

LASIK is a generally safe procedure, and while some people may experience some issues with haloes and night vision, major complications are not common.

While plenty of people can benefit from LASIK surgery, not everyone is a candidate for LASIK. Certain corneal conditions may require a patient to undergo Boston PRK or some other vision correction option. In addition, pregnancy, unstable prescription, and other health issues can prevent someone from undergoing any sort of laser eye surgery.

Myth Four: You Will Never Need Glasses After LASIK Surgery

Myth Five: LASIK is New and None of the Long-Term Effects Are Known

LASIK has actually been in existence since the 1980s and was widely performed in the United States beginning in the mid-1990s. While relatively new, there has been quite a bit of research concerning the long-term effects on eye health and new positive findings continue to come in everyday.