Am I Guaranteed To Be A Good Candidate For PRK? 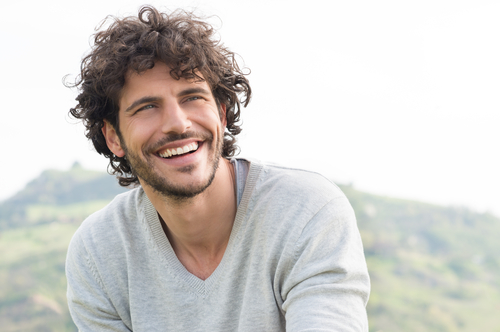 If you’re looking for an alternative to glasses or contacts, laser surgery is a great choice. And while LASIK is the most popular kind of corrective laser surgery, it isn’t the only one available.

In fact, PRK predates LASIK as the first widely available laser eye treatment. If you don’t qualify for LASIK, PRK may be the next best procedure.

There are factors that may make you a poor candidate for any kind of laser surgery. But if you are a good candidate, the results of PRK are comparable to LASIK.

There’s just one main factor that makes PRK qualification different. Keep reading to learn more about PRK and if you may be a good candidate for this procedure!

PRK stands for photorefractive keratectomy. It’s a lot like LASIK in that both procedures use an excimer laser to sculpt the cornea to correct how light refracts through it.

The key difference is how the surgeon accesses the cornea. While the cornea appears to be the outermost part of your eye, it’s protected by a thin layer of cells called the epithelium.

For PRK, this layer is removed. For LASIK, a flap is instead made in the cornea. The surgery is then performed under that flap before it’s replaced to act as a natural bandage.

Because of the key difference between PRK and LASIK, initial recovery from PRK can take a little longer. The epithelium eventually regenerates, but until then the eye will be more vulnerable.

With proper care, this should not affect your chances of infection or other complications. While the flap made during LASIK protects the eye better, the flap doesn’t fully fuse back with the rest of the cornea until months after surgery. This is far longer than the month it takes for the epithelium to regrow.

The main thing that prevents people who would otherwise qualify for LASIK is corneal thickness. Because a flap needs to be made in the cornea, there needs to be enough corneal tissue to create the flap.

There must also be enough tissue left over for a thick enough corneal bed. If too little is left in the bed, it can harm your vision rather than correct it.

With PRK there is no corneal flap, so the thickness is not part of candidacy requirements. This is why PRK is a popular alternative to LASIK for those with thinner than average corneas. But there are still other qualifying factors for PRK.

Besides corneal thickness, PRK candidates need to meet most of the other requirements for LASIK. These include:

To find out if you’re a good candidate for PRK, you need to schedule a consultation with an eye care professional. But you’re likely to qualify if you meet all these factors, even if you don’t qualify for LASIK.

Think that LASIK or PRK may be right for you? Schedule a consultation at New England Eye Center in Boston, MA to find out if a clearer vision could be waiting for you!