Is LASIK a Good Financial Investment? 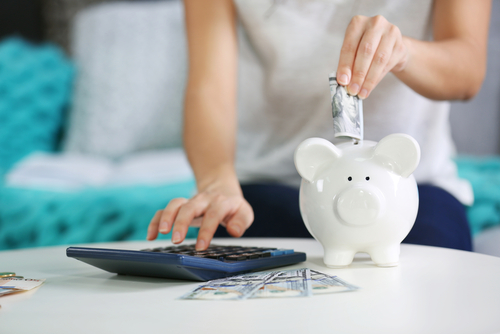 It’s no secret that LASIK can be a little pricey, at least as an up-front cost. But while the surgery itself is expensive, it’s usually a one-time expense.

Other vision correction methods need regular updating, whether it’s a new pair of glasses every few years or ordering new contacts. Could replacing glasses or contacts with a one-time surgery like LASIK save you money in the long run?

Keep reading to find out if LASIK is a good financial investment!

And, of course, vision insurance itself is a cost factor that LASIK can cut out altogether. So let’s keep things simple. The average price of a pair of glasses is around $240. Let’s be generous and call it $200.

Contact lenses vary greatly in price. The average cost of contacts can be as low as $150 a year for very basic contacts with a mild prescription.

That can be around $1,500 a year for higher-end contact lenses for more severe prescriptions. For our purposes, let’s be generous again. Let’s say you spend $300 a year on contacts.

LASIK prices can also vary, but they tend to be between $1,000 and $4,000 per eye. How much LASIK costs will depend on the strength of your prescription and if you have a custom procedure?

Now, how does this one-time expense measure up with the yearly expenses of glasses and contacts?

Is LASIK Worth the Cost?

That means every year after 15 years that you have LASIK, if your vision remains excellent, you’ll continue saving from the long-term investment you made with LASIK. It’s up to you to decide if LASIK is worth the long-term savings. But looking at pure mathematics, the investment is very likely to end up paying off.

Want to find out if you’re a good candidate for LASIK? Schedule a LASIK consultation at New England Eye Center in Boston, MA today! Isn’t it time to say goodbye to glasses and contacts and welcome new visual freedom into your life?